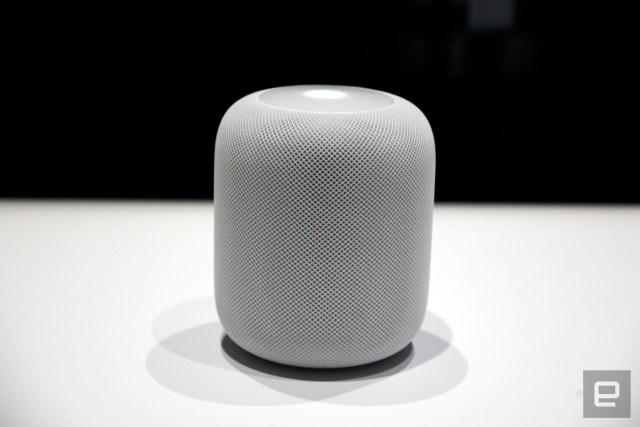 When Apple unveiled the HomePod at WWDC, it was tempting to draw immediate comparisons to the Amazon Echo and Google Home — a lot of us did. Yes, they’re all smart speakers, but it’s clear that a one-for-one comparison doesn’t hold up. If anything, Apple is consciously avoiding direct competition with Echo-like speakers — it’s playing up audio quality while downplaying the whole Siri part. Will it help the HomePod stand out?

It’s all about the hardware.Apple doesn’t need your personal information to succeed

In 2014, Apple CEO Tim Cook wrote, “A few years ago, users of internet services began to realize that when an online service is free, you’re not the customer. You’re the product.” In case you missed it, that’s a dig at Google, which makes most of its money selling ads complete with incredibly rich data about its users. At WWDC, Apple continued to remind its customers (and Google) that it doesn’t need your data to make money. If it wasn’t killing Autoplay videos on its newest version of Safari, it was the HomePod which anonymizes and encrypts your voice inquiries — unlike the competition. 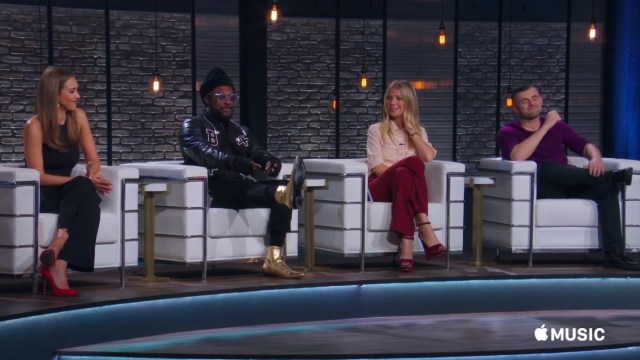 Apple debuted its new original TV show last night. Planet of the Apps will follow developers as they first present ideas to a celebrity panel of advisors, then develop the idea and prepare a pitch for investors from Lightspeed Venture Partners. The Shark Tank/The Voice-style celebrity panel will consist of Gary Vaynerchuck, Will.i.am, Jessica Alba and Gwyneth Paltrow. The series full 10 episode run will be exclusive to Apple Music, but reports suggest that the first episode will also be available for free via iTunes and the show’s website.

9 candidates will be examined by the company’s panel of experts.Hyperloop One reveals its plans for connecting Europe

Hyperloop One’s Global Challenge, let cities pitch for the honor of hosting a Hyperloop. From the suggestions, the company then produced a shortlist of routes that were within the realms of possibility. We’ve already seen the candidate cities in the US, and now the company has revealed its thinking for Hyperloop corridors across Europe.

There are nine potential routes being considered on that side of the Atlantic, running from a 90km hop to connect Estonia and Finland, through to a 1,991km pan-German route. The UK, which has a love/hate relationship with rail travel, gets three proposed routes: one to connect its Northern Cities, one to connect the North and South, and one to connect Scotland with Wales.

They could become a source of clean energy in the future.Researchers create hydrogen fuel with artificial photosynthesis

Scientists all over the world have been attempting to recreate photosynthesis in the lab in hopes of being able to mimic the process to create fuel. Now a team of researchers from the Department of Energy’s (DOE) Brookhaven National Laboratory and Virginia Tech has figured out the secret behind a human-made molecular system or a “supramolecule” that can do the job well. The researchers have opened up the chance of designing even more efficient molecular systems for artificial photosynthesis. It will take time (a lot of it), but the group can use their findings to conjure up systems that can produce large amounts of hydrogen that we could use as fuel.

Deceptively simple.‘Arms’ is the successor to ‘Punch Out’ the Nintendo Switch needs

Nintendo’s new boxing game will officially launch on June 16th, and according to Sean Buckley, you should get your arms ready for its motion controls. That’s because Arms relies on a puzzle-like format key to any great fighting game. The basic Wii Sports-like gameplay is fun, but interest players will find a deep tactical experience, choosing different arms to counter enemy attacks.

If you have more money than space, then this transforming cabinet may help. Designed at MIT and built by Ori Systems, Ori looks like a wooden cabinet, but with the press of a button can eject a bed or shift to create space on its desk side. Is pressing a button too difficult? It will also respond to commands from an app or Amazon Alexa.

The Morning After is a new daily newsletter from Engadget designed to help you fight off FOMO. Who knows what you’ll miss if you don’t subscribe.

God of War’s E3 Trailer Shows Off Combat, a Sea Monster, and More

Nintendo is Making a Full Pokemon RPG for the Switch

Grab this Tiny Phone and Tablet Stand that Can Fit in Your Wallet for Just $19.99

Atari is Teasing Something Called an Ataribox