Everyone knows about Kodi’s shadier side. There are loads of questionable add-ons out there for streaming TV and/or movies, with some even infringing on copyright and encouraging piracy. Looking beyond that, there are also plenty of great add-ons in the default repository that are totally above board.

Instead of trying to replace cable TV, these add-ons rely on popular online content and streaming services. You can use Kodi for direct access to your favorite streaming content, or you can use it to stream to your TV via a device like a Raspberry Pi.

This list is about quality, but it’s also about personal preference. Sure, there will be some services that you don’t like and others that you wish were here. The purpose is to provide a sampling of some of the best in popular genres.

If you’re a gamer or a fan of Esports, you know about Twitch. It’s easily the most popular game streaming platform. Whether you want to watch a pro gamer’s stream or a live Esports tournament, Twitch provides a smooth and easy experience.

Are you an Anime fan? Crunchyroll has one of the largest streaming Anime libraries. Most of the content is free and doesn’t require an account. Crunchyroll even offers new shows straight from Japan.

For a while now, a large portion of South Park’s twenty seasons have been freely available online. The South Park add-on takes advantage of that fact to give you convenient access to one of the longest-running comedies on TV.

Livestream is a streaming platform that broadcasters can use to create their own live broadcasts. The Livestream app gives you access to live events and past recordings.

If you’re a soccer fan in the US, Major League Soccer is obviously going to interest you. The MLS add-on lets you stream live Major League Soccer games to Kodi. This is especially good because soccer tends to get buried or not even shown on American TV.

No, you’re not going to get full NFL games, but you can watch clips and highlights. With all of the time that football fans spend scrutinizing crucial moments in games, streaming NFL highlights is definitely useful. It’s also great for fantasy football fans.

Geek & Sundry is home to a number of excellently nerdy web series like “The Guild.” There’s a strong focus on tabletop gaming and the celebration of fandoms and all things geeky.

NBC Sports is one app that does require a sign-in for a lot of its content. If you have a cable subscription, you should have no problem signing in and viewing live and recorded sports, including events that might not make it into the regular broadcast. If you miss an event when it airs, there are usually substantial archives.

TED talks might not be the flashiest form of entertainment, but they can be very interesting and engaging. Since TED talks do run long, watching them on a larger screen can make for a more enjoyable experience. 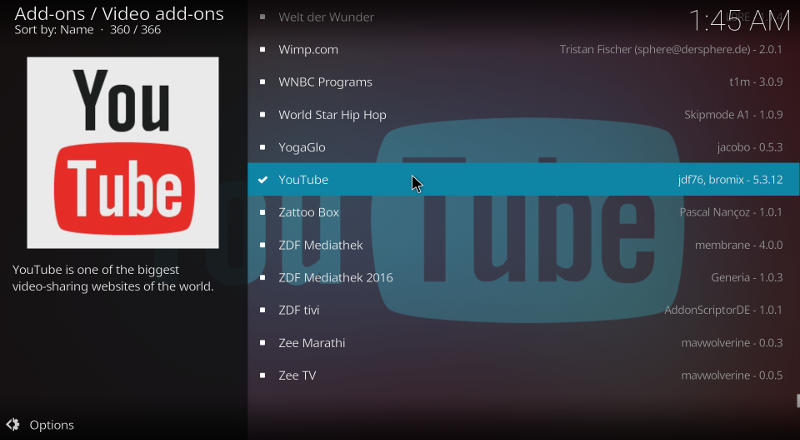 There’s plenty more out there, and it’s fairly easy for developers to write Kodi add-ons in Python, so there’s definitely room for more add-ons to make their way into Kodi’s repositories. You clearly don’t need some sketchy add-on to have a great streaming experience with Kodi.

God of War’s E3 Trailer Shows Off Combat, a Sea Monster, and More

Nintendo is Making a Full Pokemon RPG for the Switch

Grab this Tiny Phone and Tablet Stand that Can Fit in Your Wallet for Just $19.99

Atari is Teasing Something Called an Ataribox